The Smarts on Brain Samples for Nonclinical Studies

Your lab is preparing to run a general toxicity study. You review the Good Laboratory Practices (GLPs) for the optimal tissue list. Brain is just one of the many required tissues, so what’s the big deal? Those histopathology folks will know what to do with it, right?

Well, not so fast. The brain may be a one-liner on the required tissue list, but it’s anything but simple. It is difficult to ensure that it has been sufficiently sampled during necropsy and trimming procedures to allow for proper microscopic evaluation.

Did you know that the organ you are using to comprehend this blog right now is the most complex tissue in the body? It is composed of over 600 distinct subanatomic areas containing intricate cellular networks that can vary widely over relatively short distances. So what does this mean for your study?

Historically we have often thought of the brain in broad brush strokes, as having three major divisions: the forebrain (cerebrum and diencephalon), midbrain (substantia nigra and the central components of the visual and auditory systems), and hindbrain (cerebellum, pons, and medulla oblongata). However, thinking of the brain in simplistic terms when it comes to safety assessments has revealed sobering evidence. Most of the known neurotoxicants have actually been identified through human exposure, including those discovered in the decades since routine toxicity testing has been required for product registration.

Let’s look at three known neurotoxicants: alcohol (yes, the kind you drink), domoic acid (a poison produced by algae), and phencyclidine (PCP). These all cause lesions in the hippocampus, a structure located deep in the cerebrum. However, none of them destroy all of the hippocampal regions (Figures 1-3): alcohol destroys the ventral dentate formation, domoic acid destroys the pyramidal layer and PCP destroys the dorsal dentate gyrus. Now back to your general toxicity study; if your test article mimics one of these known hippocampal neurotoxicants and your brain sections are off just a tad – by as little as two millimeters – you will totally miss the lesion!

Figure 1: The vertical lines in the sagittal brain illustration depict two common coronal sections (A and B) used to evaluate the hippocampus. Section A has been the most commonly used section in nonclinical safety studies. Note the distinct neural cell subpopulations affected by alcohol (brown), domoic acid (dark blue) and PCP (light blue). 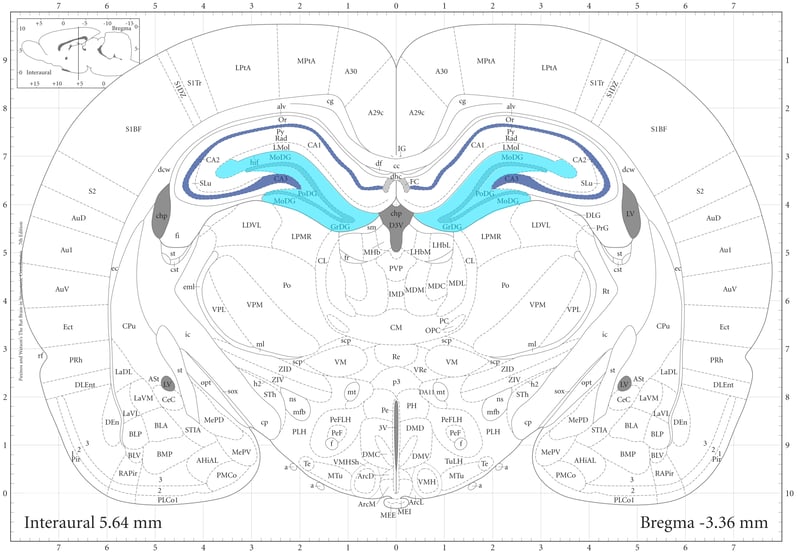 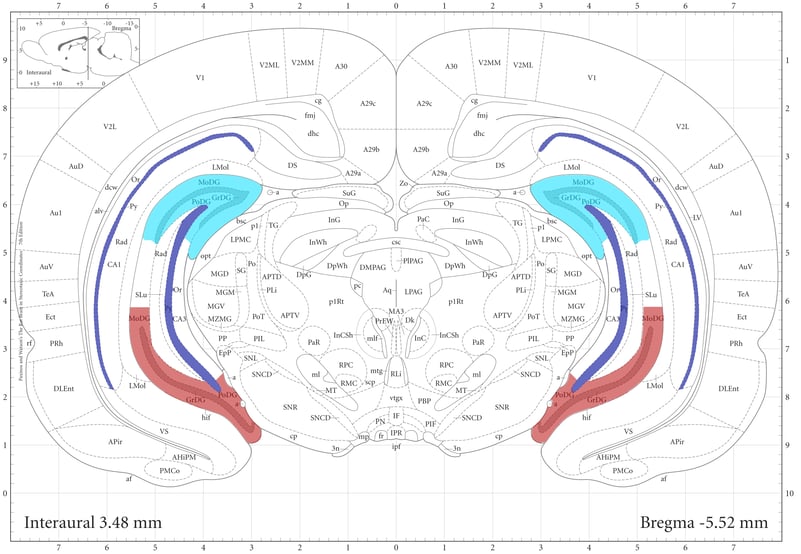 Figure 3: Coronal section B identifies all three neurotoxicants, illustrating how critical it is to have precise and accurate brain sections in safety assessment studies.

So, what can you do to ensure that this oh-so-special organ on your tissue list is treated with the respect it deserves? Let’s begin with some education: Over recent years, large strides have been made in what we know about the brain’s anatomy and physiology. Scientists have painstakingly studied the brain by mapping its intricate cellular components, identifying correlates between structure and function, and reviewing pathological lesions of known neurotoxicants. They have arrived at an updated set of recommendations for brain sampling criteria that greatly improve the accuracy of prospective lesion detection, while maintaining a balance between the time and cost for GLP studies.

Which neuroanatomical levels should be examined microscopically? It was found with past conventional three-level sampling schemes, which contained approximately 19 subanatomical brain regions,that less than 50% of known neurotoxicants were detected. Not good enough! Revised recommendations encompass over 40 subanatomical regions. This is achieved by preparing seven coronal brain sections for microscopic examination.

How precise do the trimmed brain tissue levels need to be? The short answer is – very. As previously alluded to, there are profound neuroanatomical variations across very small distances in the brain. The most precise means of hitting the mark is to base sections on definitive macroscopic anatomical landmarks during trimming, which are best observed on the ventral brain.

How important is it to choose a laboratory with well-trained technical staff? It is critical to choose an experienced laboratory with trained technical staff who can consistently harvest precise and accurate brain sections for microscopic examination. The resulting brain analysis will only be as reliable as the consistency of the brain sections across your study’s control and treated groups.

Please contact our team of trained experts at HSRL, and we will ensure that your study gets off to the right start! 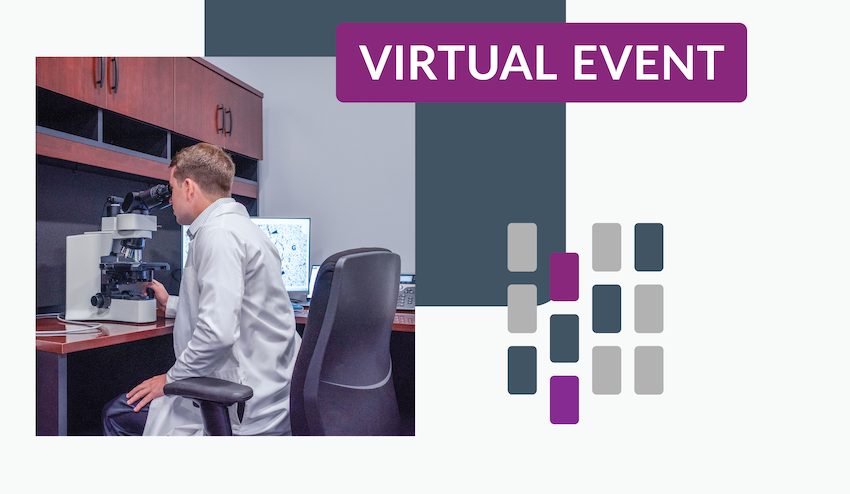